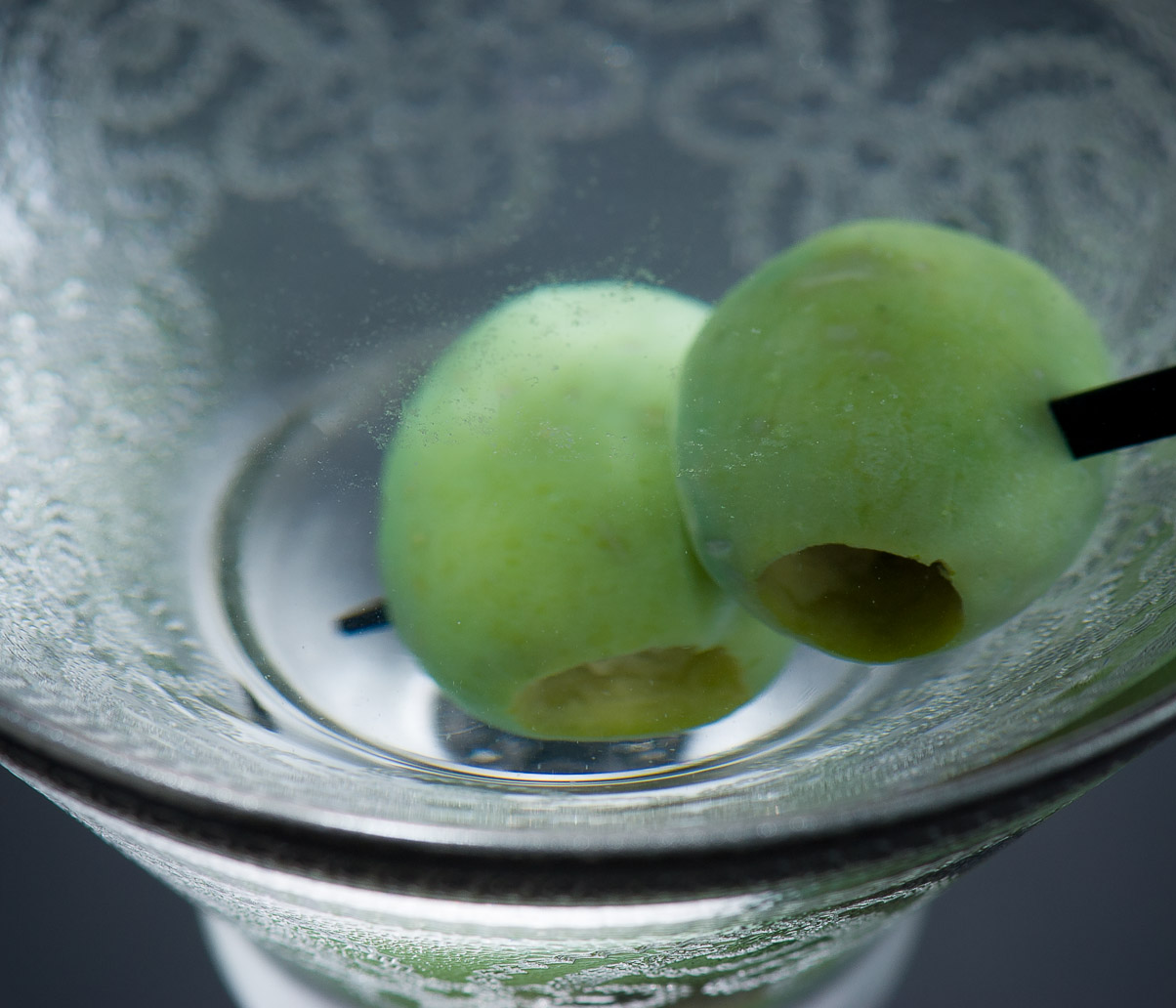 Here’s my list of five ways that bartenders have screwed up my martinis:

Why is it so hard to buy a good martini?

Every one of these things is simple to correct, and I wish more bars would get on with the correcting, because a properly made martini is an elegantly simple and delightful cocktail. If you find a bar where they make one properly, you’re on to a good thing, more rare than it should be. If you’re in a bar that can’t even do a martini right, it’s time to move on, and don’t look back.

There has probably been more historical examination, speculation, opining, and arguing about the martini than about any other drink. Every ingredient has its supporters—even the garnish can start disputes—and every step of the mixing process. And I don’t mean just stirred or shaken; Jon Bonné at the San Francisco Chronicle even weighed in recently on the advantages of stirring in beakers instead of mixing glasses.

I have something of a libertarian streak, so I am amused by the guys that go all police-state over whether to allow a vodka-based drink to be called a martini, or over the shaken-or-stirred preference. If someone just says “Martini,” I definitely think of a gin drink, but modern usage allows martinis to be either gin or vodka. The phrase “Vodka Martini” is in such widespread use that eradicating it would be a fool’s errand.

(For those who care about such things, the Vodka Martini is properly called the “Kangaroo.” See if you can find a bartender who knows what that is.)

As for the stirred-vs.-shaken question, lots of people love to see all those little ice shards—the “raft”—on a summer day, and cloudiness be damned.

I have my own stylistic preferences, and I stick to them quite strictly when I’m making my own Martinis, but I’m not going to force that on my companions. If my bride wants a vodka martini, shaken, with olive, then that’s what I’m going to make, and I will be absolutely delighted if she enjoys it.

Here at Cold Glass, we are fortunate to have a pleasant collection of gins, vodkas and vermouths, so we can make variants according to our whims of the day. My bride’s whims are invariably different from mine. She finds bitters unpleasant, so a dash of orange in my mix, none in hers; lemon expressed over mine, olives in hers. We do share a preference for London gins; the house gin is Tanqueray, with Botanist and Beefeater as standard backups.

So here’s the Cold Glass martini:

Stir on ice until very cold, and strain into a well chilled cocktail stem. Express and garnish with lemon twist, or with one or two olives (proportionate to the glass).

When it comes to making Vodka Martinis, vodka and vermouth don’t seem to enjoy each other’s company nearly as much as gin and vermouth. That 3:1 ratio for gin—what Dale DeGroff so delightfully identifies as the “Nick and Nora” proportions in Craft of the Cocktail—is completely unbalanced for a vodka martini. This is where my complaint number 2, about insufficient vermouth, heads in to a gray area; those 10:1 and higher ratios start to make some sense with vodka, at least in the blending of flavors. I’ve even made vodka martinis with just a vermouth wash on the glass, and it has gone over well.

One last thing: it used to be quite popular to serve martinis in rocks glasses, over ice. I’d love to learn the history of that, I’ve never seen it written up anywhere; maybe it’s a holdover from the cold-vodka-no-vermouth ethos of the ’80s. Or maybe even older, from the simpler times of neighborhood cocktail parties. Wherever it came from, it still seems to be the default in many bars. I’ll be glad when that style fades enough that we no longer have to order our martinis “up” to avoid the ice cube surprise.

26 thoughts on “Five Ways to Wreck a Martini”