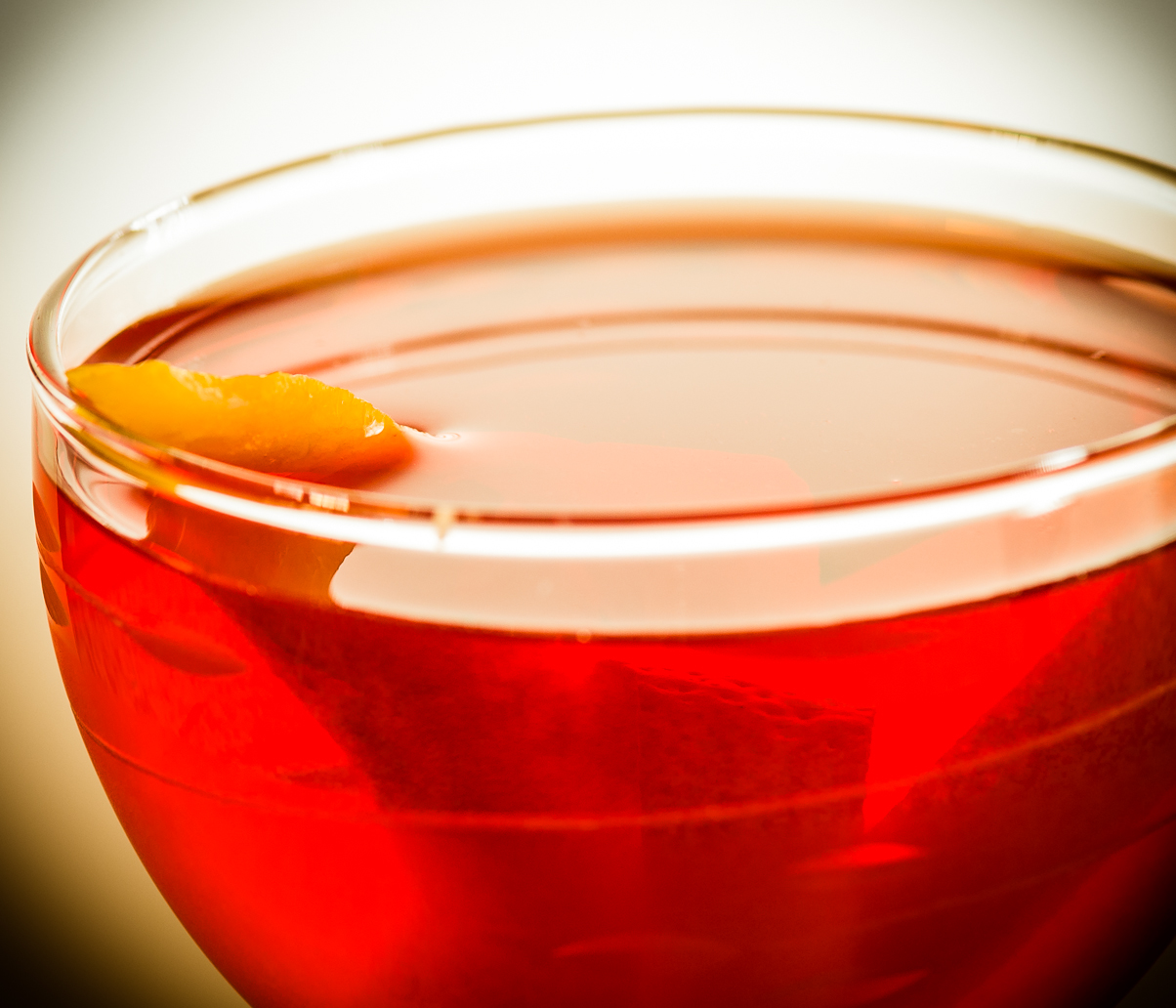 Sometime back I wrote up one of my favorite whiskey drinks, the 1794 Cocktail. At the time, I thought of the 1794 as an improvement of the classic Boulevardier, but it might be just as accurate to think of it as a variant of an even older drink: the Old Pal.

Both drinks were first published by Harry McElhone, who made his fortune as bartender to Prohibition-era American tourists, celebrities and expats at Harry’s New York Bar in Paris. McElhone attributed the Old Pal to William “Sparrow” Robinson, the sports writer for New York Herald-Tribune’s Paris office between the World Wars. Robinson was a denizen of the Parisian cafes and night spots, a prodigious drinker, and a man who called even his slightest acquaintances “old pals.”

McElhone first published Robinson’s Old Pal recipe in his 1922 Harry’s ABC of Mixing Cocktails, but it is in Arthur Moss’s appendix to McElhone’s 1927 Barflies and Cocktails—the same place we first learn of the Boulevardier—that we find the following amusing, confusing—and blatantly apocryphal—retelling of the Old Pal’s origin:

I remember way back in 1878, on the 30th of February to be exact, when the Writer was discussing this subject with my old pal “Sparrow” Robertson and he said to yours truly, “get away with that stuff, my old pal, here’s the drink I invented when I fired the pistol the first time at the old Powderhall foot races and you can’t go wrong if you put a bet down on ⅓ Canadian Club, ⅓ Eyetalian Vermouth, and ⅓ Campari,” and then he told the Writer that he would dedicate this cocktail to me and call it, My Old Pal.

Aside from the ridiculous calendar references, there’s also that little bit about “Eyetalian Vermouth.” McElhone had originally published the Old Pal  (in Harry’s ABC) as equal parts Canadian whisky (not specifying Canadian Club), Campari, and Dry vermouth. We’re left with a bit of a conundrum. Either McElhone wrote it down wrong in 1922 and corrected it, via Moss, in 1927; or they both just got it wrong in 1927; or the Old Pal evolved.

We have no way to know which recipe is the “true” Old Pal, but we know which vermouth won the battle: the dry, French vermouth version is the one that has come down to us as the canonical Old Pal.

But is has, of course, evolved. The modern version of the Old Pal is more whiskey-heavy than the original. As with the 1794 Cocktail, the Old Pal works much better with 2:1:1 proportions than with the original equal parts—increasing the whiskey gives the drink a focus and balances the aggressive Campari better.

Combine all ingredients and stir with ice until very cold. Strain into a chilled cocktail stem. Express and garnish with lemon.

The Old Pal is an excellent showpiece for high-proof rye whiskies like Rittenhouse 100. You want a whiskey with backbone to stand up to Campari, but well-aged, assertive, lower-proof ryes can work, too, particularly at the 2:1:1 proportions.

Your choice of vermouth can strongly alter the character of the Old Pal. The M&R makes a lighter, and to my mind, more refreshing Old Pal; the more herbal or aged vermouths like Noilly Prat’s Original Dry push herbs and the more earthy components of the drink to the fore. This is a good place for experimentation. My preference is for the M&R version; even though it seems a bit less sophisticated, the flavors seem to cooperate better with the M&R.

The lemon garnish is absolutely perfect for this cocktail; the expressed oils are a delight to the nose, and the bit of light citrus blends nicely with the Campari. Don’t leave it out.

The original equal parts Old Pal is much less sweet than its counterpart Boulevardier; substituting rye whiskey and dry vermouth for the Boulevardier’s bourbon and Italian vermouth makes a significant and fundamental difference in the way the two drinks present themselves. The modern formulation is more precisely compared to the 1794 Cocktail; the result is the same—a drier cocktail—but the difference is less pronounced with the large portion of the rye whiskey in both drinks. The Old Pal comes across as slightly less sweet, and a bit less complex, than the 1794.

“The Old Pal Cocktail” at cold-glass.com : All text and photos © 2013 Douglas M. Ford. All rights reserved.

7 thoughts on “The mystery of the Old Pal cocktail”