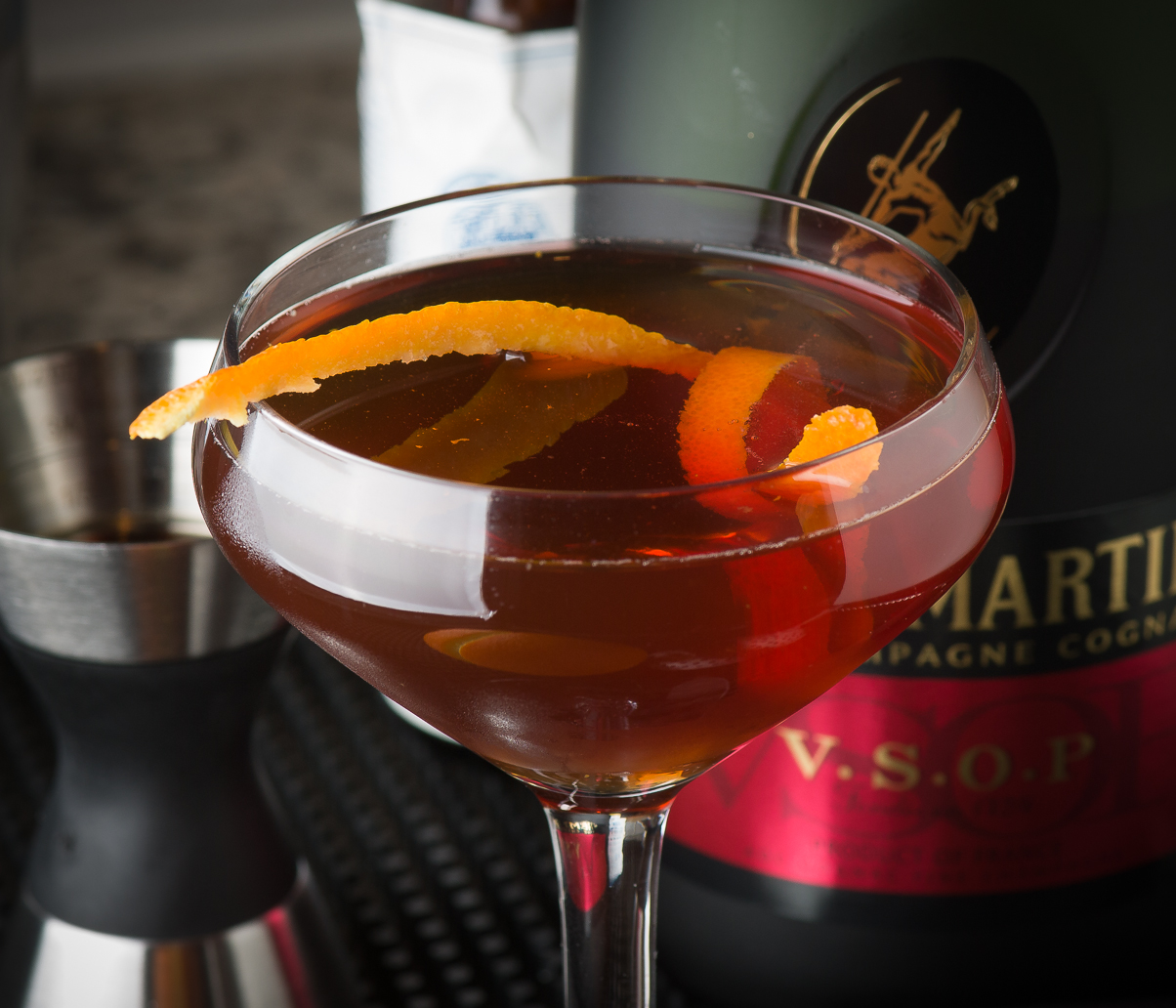 The Harvard Cocktail is another tribute to the design of the Manhattan, but based on cognac instead of rye whiskey.

It is named, of course, after the Ivy League college of the same name, and was first published by George Kappeler in his 1895 Modern American Drinks. Which is to say that Harvard grads endured over 250 years before this delicious little item became available as a way to toast the eminence of Harvard Yard and the success of the Crimson.

Kappeler’s version was fairly sweet—equal parts (half-jiggers) of brandy and Italian vermouth, a dash of syrup, and 3 dashes of Angostura, and soda to top—much the style of the 1890s. Modernized Harvards are much heavier on the brandy (or cognac), with 2:1 or 3:1 proportions, very much like the modern Manhattan.

Stir all but the soda with ice, and strain into a chilled cocktail glass. Add a splash of soda, and garnish optionally with an orange twist.

Soda is the peculiar ingredient here, and the item that breaks the Harvard out of the Manhattan’s formula. Arguably, you could leave the soda out; the soda-free version is really quite delicious, though it can’t properly be called a Harvard Cocktail.

The soda does have an effect on the mix—dilution seems to bury the cognac a bit, and unbalance drink in favor of the herbal sweetness of the vermouth. The increased proportion of cognac helps to rebalance the flavors, and subdues some of the vermouth’s sweetness.

Kappeler’s original half-jigger portions of both brandy and vermouth suggest that the drink was intended to be made very small, and diluted up to cocktail size, perhaps as a low-alcohol refreshment for extended social occasions—dressy occasions perhaps, given Kappeler’s recommendation that it be served in cocktail stems. It would be very easy to batch up and serve by the trayful to large gatherings.

I’ve seen versions of the Harvard that Jerry Thomas might have called “fancy” Harvards, that have included amendments like lemon juice, grenadine, Maraschino, and even Chartreuse. The older cocktail books adhere closely to the original recipe (except Ensslin’s 1917 Harvard, which omitted the vermouth—almost certainly a typo—and Embury’s mid-century version, which inexplicably insists on orange bitters); I have no idea when the industry started to feel the need to tart up this elegant, delicious and well-balanced cocktail. Stick with the original, it’s worth it.

“The Harvard Cocktail” at cold-glass.com : All text and photos © 2012 Douglas M. Ford. All rights reserved.

4 thoughts on “The Harvard Cocktail”